Your are at: Home / Media Gallery

published by Print Week - A Global Portal for Packaging 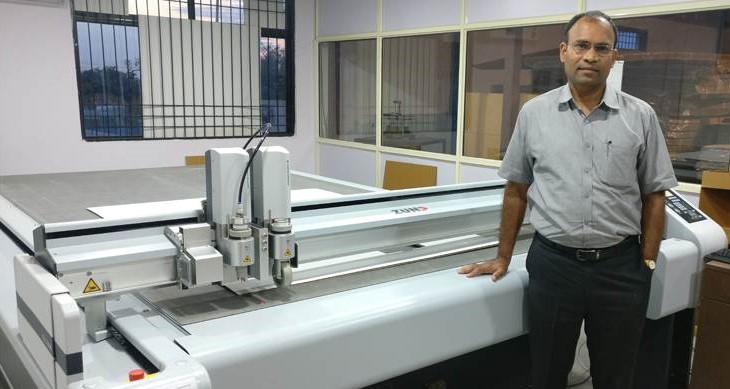 
With the investment in Zund G3 L 3200, the company has automated its sample making process from the manual process which is a time-consuming process. It has also opted for the tandem feature. James Thomas, managing director of Greenpack said, “The tandem feature results in saving time and increasing productivity.”

Prasanna Venkatesh, managing director of Zund India, said, “With limited budget which was not commensurate with the cost of a fully automated machine, all with independent feeder and stacker, it called in for our ever versatile tandem machine proposal.”

In a tandem operation workflow, loading/unloading occurs concurrently with production. The operator loads/unloads material on one half of the machine, while the cutter continues operating on the other. This setup increases productivity by keeping idle time to a minimum and maximising throughput.

Greenpack will be using the Zund for sample manufacturing and low volume boxes to cut corrugated boards up to 10mm thick. The company houses a corrugated board line of 1800mm with a monthly capacity of 2000 metric tonnes.

“The requirement though was for only a sample maker initially, James said that it would be nice to have a machine which would help him do short run productions as well. This would not only help him tide over his current challenge but also pave way for a separate vertical of short-run productions in future,” added Venkatesh.

Commenting on the ease of operation, Thomas added, “The machine can be operated with a minimal training and very user-friendly.”

“A quality product from a Switzerland-based company with lots of installation in India and its all-time service support convinced Greenpack to opt for Zund G3 L 3200,” concluded Thomas.

Started in 2011, Greenpack specialises in the production of corrugated boxes and has employee strength of 190. Ikea, Bajaj, Cosmo Films, Siemens, PepsiCo, Jindal, and Garware are some of the major clients of Greenpack. 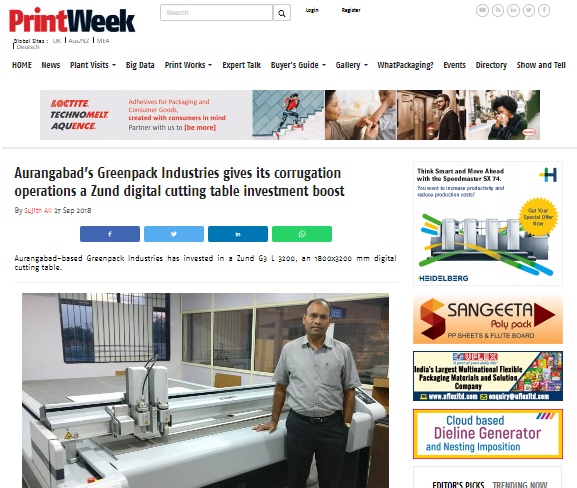